Does Kanye have a point?

After his appearance as a musical guest on Saturday Night Live last week, the celebrity once again became topic of heated discussions. As controversial as it may be – does one of his recent statements really have a good point? 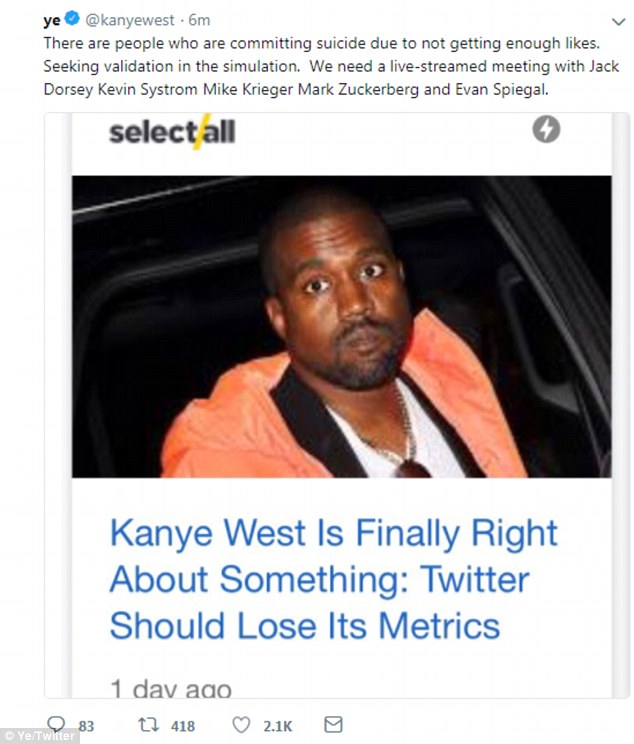 Kanye, currently known as „Ye“, makes headlines again. His appearance on SNL, THE american sketch-comedy show, has also left a certain trace. On one hand, many people wonder what’s wrong with today’s music (if you can still call that «music»): he performed his hit song «I Love It», dressed up as a drinking bottle. That was about it for the art part – no traces of singing or rapping were to be found. One may think, that it couldn’t get any worse, but the musical genius did not disappoint. Not only did he perform his second song wearing a MAGA (Make America Great Again) hat, Kanye went on to a rant, as the show was off air. Talk about discomfort! He claimed to have been bullied backstage for wearing that hat; within the same sentence he addressed Trump’s presidency and following one’s heart over mind. Moreover, he claimed the industry (rappers, comedians, artist and 90% of the news) to be liberal and that given this circumstance the republicans easily seem/come across as «bad». I mean, come on. For people who don’t know him, Kanye might be the last person one would think to be a strong Trump-supporter: he plays a big role in the industry and has lived for a long time in Los Angeles, probably the most liberal place on earth. Anyway, enough ranting – off to the main topic.

About a month ago Kanye posted following statements on twitter:

If you decode this message, it turns out that he has a strong point. Our society is built around social media nowadays. Happiness is measured in followers and likes, people, even kids, compare themselves to others, aspiring to be exactly what in their eyes, is the hip, cool and right way to be. A lot of individuality gets lost, since one is «too afraid» to post anything that might have a backlash, that might not get a certain amount of appreciation. What most people forget is that Instagram, Facebook and Twitter do not necessarily represent the truth. There are apps like Photoshop or After Effects (no, sadly prisma isn’t sponsored by them), which alter reality and make it look like you’re a «better» version of how you really are.

But why do so? Why are we so obsessed to get validation from, mostly, random people we don’t even really know? Why are our values defined by social media, which eventually are build on a bunch of lies? If you look at this sad world from that perspective, Kanye has a point: by getting rid of likes we might finally move on to a more sophisticated social media world.

On the other hand, a lot of things would get lost. What would all the influencers do? They would actually have to get a real job, which would result an excess supply of the working force. Trump, whom Kanye supports in each and every way, would lose his motivation to post his very informative and important tweets about covfefe. And last but not least, Kanye won’t know, how well his campaign is going to do, when he eventually runs for president (#Kanye2020).

Nevertheless, Kanye deleted his Twitter account about a few hours ago. So I might agree with Kanye on a like-free social media, but I agree with Pete Davidson even more: Make Kanye 2006 again.