When H.E. Maria Fernanda Espinosa Garcés, President of the UN General Assembly, hit the gavel two times to officially open the session, our breath was taken away as we raised for standing ovations. Sitting in a majestic hall, together with thousands of other delegates and representatives was a unique feeling that no one of our delegation will ever forget. Here is a short recollection of what it was that we did: 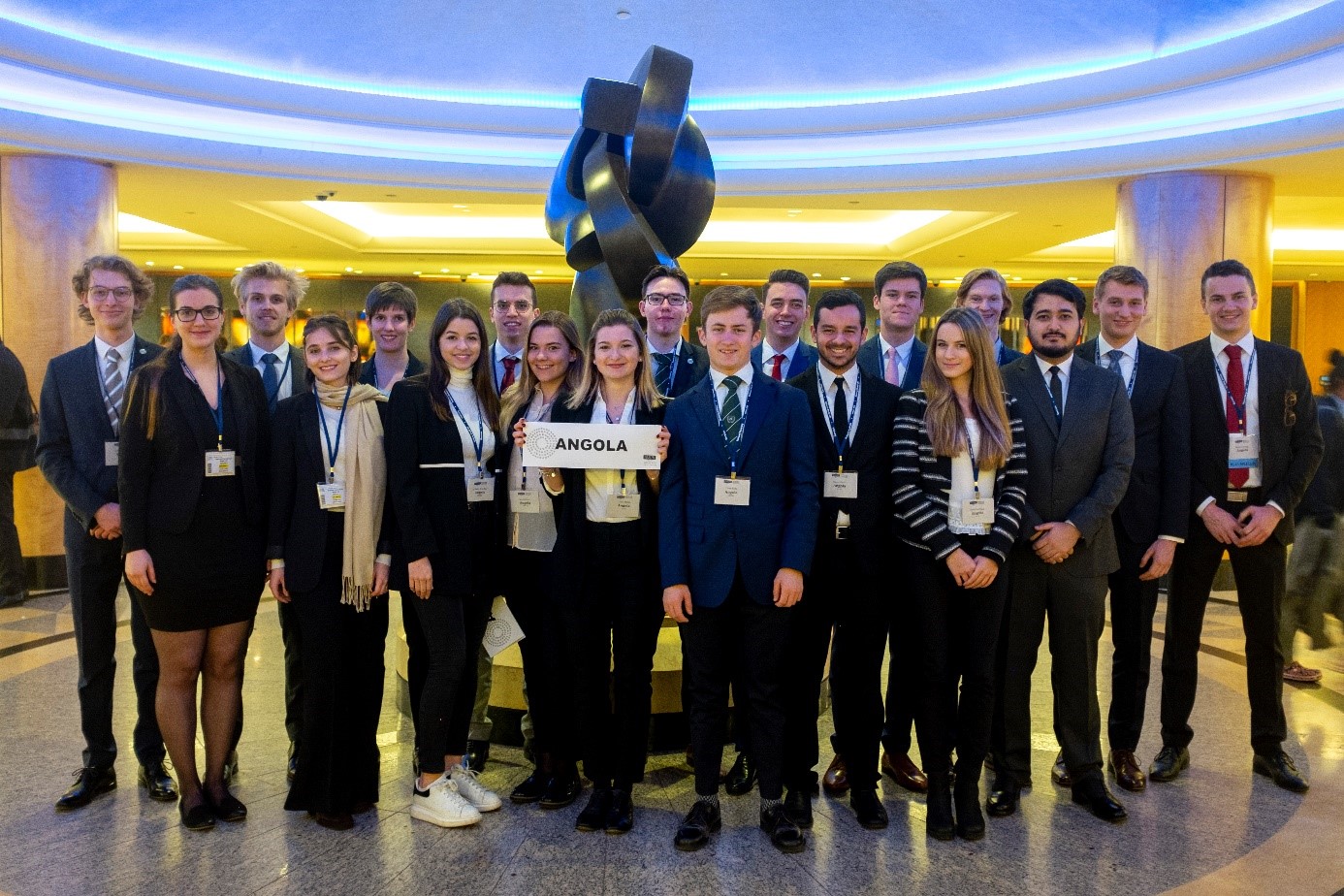 This text is brought to you by NMUN.

One week before the spring break, 18 HSG students from various majors travelled to New York City where in the prestigious Hilton Times Square Hotel the annual National Model United Nations (NMUN) conference took place. With 6353 delegates from all over the globe, it is the largest simulation of the United Nations.

At Model United Nations (MUN) conferences you simulate the work of the United Nations, debate global issues in depth and attempt to reach consensus across national interests and cultural peculiarities. With the right amount of careful preparation, MUN is a unique way of learning by doing. You get to practice your diplomatic skills such as negotiation and public speaking, you learn a lot about the mechanisms of the United Nations, and you connect with students from all over in the world.

At NMUN, each delegation (i.e. team of up to 40 students) represents one country in the respective committees. These countries are allocated randomly and this year the delegation sent by the University of St. Gallen had the great honour of representing the Republic of Angola. While most of us were probably unable to locate the country on a map when the course started in September 2018, after continuous research we became experts on Angola’s history and its current affairs – ready to represent the country’s opinion at the conference.

To exchange ideas with an even better informed expert on Angola, we went to Bern where we had the honour of visiting the Angolan ambassador Osvaldo dos Santos Varela. We talked extensively about our respective committee topics as well as the  relationship of Angola and Switzerland. These insights into Angolan politics proved to be invaluable and equipped us to portray a much truer image of Angola in our committees.

The topics of the committees were very broad, so there was something for everyone; from Information and Communication technologies for SMEs in UNIDO, over Marine Plastic Litter and Microplastics in UNEA, to Human Rights of Unaccompanied Migrant Children and Adolescents in the Human Rights Council. Despite the size of the committees, our delegates were working hard and successfully introduced the standpoints of Angola into the discussion.

After three long days of debating, forming critical alliances and manoeuvring them, resolutions were drafted and finally voted upon. Emulating this highly important step of international politics, it became clear, just how important one specific word in a clause can be and how hard certain countries will fight for its change. We also realised, that a lot of diplomatic work is working with people and their specific strengths and weaknesses: When it came to merging working papers and with that to making compromises, tempers rose high so we had to show ourselves from our most diplomatic side to find a solution that was viable for all parties.

This process can be extremely fragile, as we also learned from Dominique Favre, Deputy Permanent Representative of Switzerland to the United Nations. Visiting the Swiss Mission to the UN in New York, he also told us more about the work of diplomats in general and about the work of his office. Specifically, the role Switzerland plays as a negotiator, mediating between larger players in the UN system and its recent successes as well as challenges that come with this role.

Another highlight took us to the UN General Assembly Hall, the non plus ultra for diplomats. Sitting in these chairs, where the real delegates of UN member states usually sit, and looking down at the podium, where once legends such as Kofi Annan addressed the world, was impressive.

Additionally, NMUN had a special treat in store for us: one delegate per
delegation had the chance to speak on the UN General Assembly podium about one of the 17 Sustainable Development Goals (which the UN has set out to achieve by 2030). The video of theses speeches can be found here (Can you spot our delegate?).

At the end of the week, we were all very happy but exhausted from intensive committee sessions, socials and exploring New York City. Our delegation has not only had a great time, we also received five awards in the category of “Outstanding Position Paper” which lifted our fatigued spirits before we said goodbye to an extraordinary MUN experience.

All of us had an amazing time at the conference and many stayed for another week to explore the US east coast. The preparation phase before the conference was also a great experience: The NMUN course is one of the rare examples where, besides gaining factual knowledge to write a paper, you actually connect with other students, your fellow delegates. Together you build a delegation, you are a team raising the voice of a country! Moreover, it is another example of the beauty of Model United Nations: NMUN is the UN simulation that comes the closest to the actual work of diplomats at the United Nations.

To represent the University of St. Gallen in New York, to succeed in committees, to stand up for another country, to marvel at the speeches of real diplomats in the opening ceremony at NMUN 2020 send your application to modelun@unisg.ch until June 30th (see nmun.ch for all
details).