After a year of unprecedented parliamentary deadlock, the outcome of Israel’s third election since last April looks set to finally produce a new government. While the governing coalition is not yet clear, Netanyahu will likely be part of it. A glance into how firmly entrenched the right-wing consensus has become in Israel, and how fiercely it will bully any opposition. 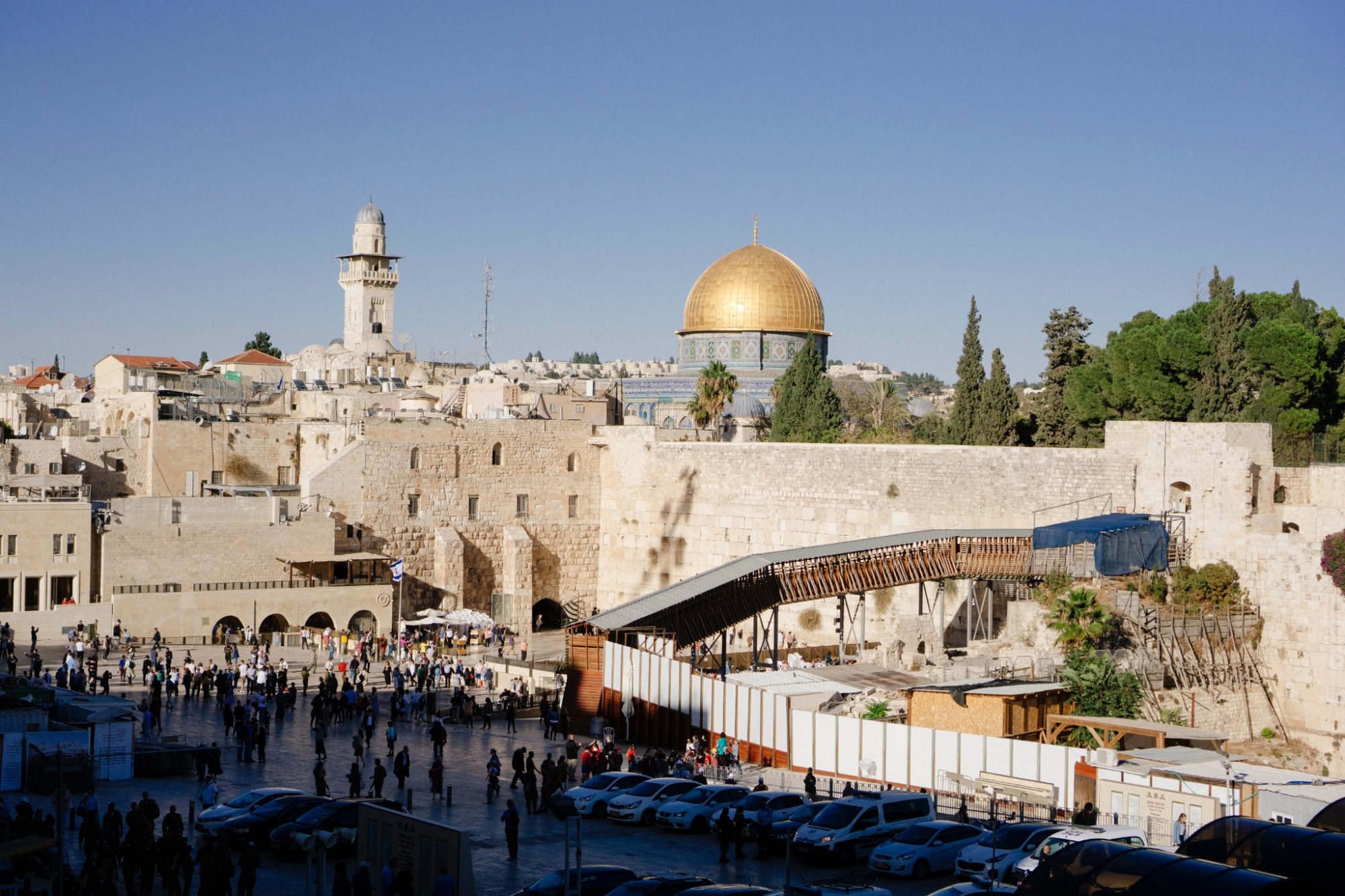 “The way out of the political impasse runs through Netanyahu.” According to one of Israel’s largest newspapers, Yediot Ahronoth, the message from the polling stations is clear: amidst fears over the spread of the Coronavirus, concomitant economic turbulences, and a care-taker government without any real budgeting or appointing power, Israelis thrust their support behind the devil they know rather than the one they do not (Benny Gantz), and helped Netanyahu’s right-wing-religious bloc to 58 out of a possible 120 Knesset seats. Although this places the right-religious camp three seats short of an absolute majority, it is still possible that a governing coalition will be formed with Netanyahu (Likud) at its helm. Most commentators agree that there are three possible scenarios from here on out: A At least three Knesset Members (MKs) from the Centre-Left or Yisrael Beiteinu defect to the right-wing, giving it an absolute majority; B A unity government is formed between the Likud and Gantz’s Blue and White, possibly with alternating premiership between Bibi and Gantz, or without Netanyahu; C Coalition talks fail again and a fourth election takes place in August. After three elections within the last 11 months, neither the Israeli public nor most political parties want another election, rendering the third scenario unlikely. A national unity government could materialize if Bibi does not find enough defectors, which mainly depends on Yisrael Beiteinu’s stance towards Netanyahu and the religious parties. Although Yisrael Beiteinu’s secular-nationalist ideology is not far from Likud’s, its leader Avigdor Liberman has a long-standing rift with the ultra-orthodox over military conscription, and a more personal one with Netanyahu. Indeed, Yisrael Beiteinu has indicated that it would support an opposition bill disqualifying Netanyahu from the premiership over his criminal indictments. That being said, the Likud bloc should have some formidable bargaining chips for defection, like complimentary ambassadorial or even ministerial roles. The morning after the election, the Likud claimed that it already had defectors in the pipeline.

If the run-up to the election is any indication, the Likud will go to all lengths to get the job done. According to various news outlets, Likud already threatened MK Omer Yankelevich (Blue and White) that it would release more embarrassing recordings of her if she did not defect. In the week prior to the election, a recording had been released where Yankelevich is quoted as having said that her party’s leader Gantz “is a dumb loser unfit to be prime minister.” In a campaign filled with slanders and insults, a particular low point was reached when Likud falsely claimed that it was in possession of a video showing a naked Gantz masturbating. The extent of nasty remarks even led Israeli president Reuven Rivlin, himself a Likud member, but increasingly a voice for basic decency, to feel a “deep sense of shame about the awful and grubby election campaign.” Not unlike their US counterparts, Netanyahu and his allies have created a political climate where factual arguments are fading in favour of conviction politics and childish insults. This means that politics become more emotional and personalized, which allows charismatic leaders like Netanyahu to act more recklessly in their pursuit of power, delegitimizing anyone that stands in their way. Bibi’s foremost target is the Israeli judiciary, specifically the Supreme Court, which has not only served as a guardian of democracy throughout the country’s history, but is also currently investigating Netanyahu on three charges of corruption.

The “King of Israel”, as his supporters triumphantly chanted on election night, has been indicted for bribery, fraud and breach of trust. In what has been termed “Case 2000”, Netanyahu allegedly offered an editor at Yedioth Ahronoth to shut down its main competitor Israel HaYom, if said editor would start hiring journalists that covered Netanyahu in a more favourable light. The trial against the Likud leader is set to start on March 17th, precisely the date when Rivlin will presumably task Netanyahu with forming a governing coalition. The court hearings were initially scheduled for last November, but had been delayed multiple times under the pretext that the elections should take place first. Now, with a plurality – but not a majority – of Knesset seats, Netanyahu’s camp is doing all it can to delegitimize the Supreme Court and Attorney General Avichai Mandelbilt, who Netanyahu himself had appointed in 2015. While legislation granting Netanyahu immunity is unlikely to pass as long as his bloc does not have a majority, the right-wing and far-right will not stop chipping away at the rule of law and democratic spaces in Israel. The Nation-State Law adopted in 2018 defines Israel as the nation state of only the Jewish people, thus effectively discriminating against the country’s Arab citizens who account for roughly 20% of its population. Netanyahu recently backed an “override bill”, yet to be discussed in parliament, which would allow the Knesset and the government to ignore rulings of the Supreme Court, thereby undermining its standing as the High Court of Israel. Moreover, the right-wing has repeatedly attempted to pass legislation aimed at curtailing “anti-Israel” speech in culture and education. Even if not put into law, these attacks have a chilling effect on artists, cultural institutions and NGOs. A successful such bid was the passage of the so-called “Breaking the Silence Law (2018)”, which prevents groups that “operate in contradiction with the state’s education goals” from accessing schools. As the name indicates, this most notably affected “Breaking the Silence”, an Israeli NGO led by former IDF soldiers, willing to publicly share their experiences of having served in the West Bank and Gaza. These developments demonstrate the right-wing’s calculated efforts to silence critics and move the boundaries of what is considered politically acceptable rightwards. The demise of the Israeli Labor party, notably the founding party of the state, and with it the Zionist left is a result of this right-wing project for cultural and ideological hegemony – a project marked by a staunchly hawkish stance on security and the Palestinians. For all the dominance the right-wing has accrued over the last two decades, the elections of March 2nd do bear hope for the emergence of a counterhegemonic movement, devoted to genuine equality, civil rights and democratic principles.

A glimmer of hope

Aside from the right-religious bloc, the mostly Arab Joint Liste merged victorious from the elections, gaining 15 Knesset seats (April ’19: 10; September ’19: 13) and garnering nearly 90% of the Arab vote (April ’19: 71%, September ’19: 81%). Arab voter turnout surged to 65% – the highest since 1999 – after all the Zionist parties except Labor-Meretz-Gesher had made derogatory remarks towards Arab Israelis and Palestinians in general. As Gantz endorsed Trump’s “Deal of the Century” and Netanyahu called all Arabs terrorists, Palestinian citizens of Israel flocked to the ballots to voice their dismay. What is more, numerous left-wing Israeli Jews disillusioned by the historic decline of Labor and Meretz voted for the Joint List, viewing it as the best option for genuine civil equality and an equitable solution to the Israeli-Palestinian conflict. The success of the Joint List could indeed bring together a broader movement of groups that are not or under-represented in Israel’s elites and its ideational superstructure, thereby transcending the Jewish-Arab divide. This would most notably include ultra-orthodox and non-Ashkenazi Jews. An Ashkenazi who likes to present himself as a champion of Mirzahi struggles, Netanyahu has been quick to scotch any such intersectional consciousness between Jewish and Arab Israelis. While an intersectional Jewish-Arab movement is still in its infancy, it could break the current narrative of animosity and distrust between Jews and Arabs in Israel and the occupied Palestinian territories – thus bringing a common vision of full equality and civil rights to the deadlocked conflict, and with it the prospect of genuine peace in the holy land.